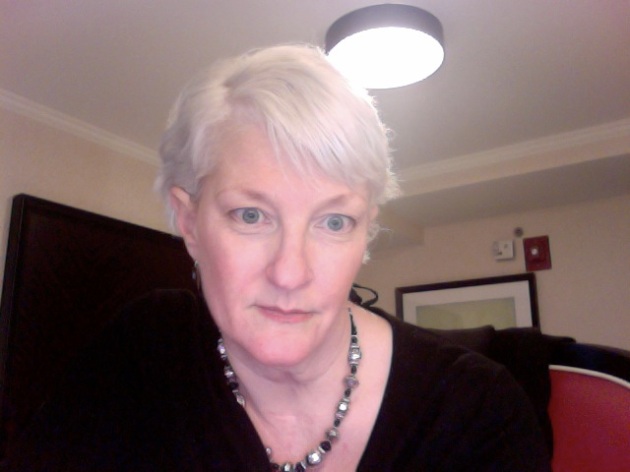 I”m in Chicago. AWP, the Association of Writing Programmes, is about to start and I’ll be presenting there and minding Bath Spa’s stall. We’ve got a fabulous new low residency PhD we want to tell everyone about.

I’ll also be meeting and greeting, and chatting up colleagues, editors, other writers, other academics and various other kinds of interesting humans. The idea is to get up early so that I can write a bit, too, but there’s an awful lot of parties to get through. I’ll do my best and I’ll sneak away sometimes, too.

But I gave up alcohol for Lent and I give up writing time nearly every day. This is a chance for me to pull all nighters, not in the hotel bar, but at my desktop. So far, with the train journey and this morning, I’m 4,000 plus to the better, and have rewritten all my lost data.

I’ll let you know how the week goes.